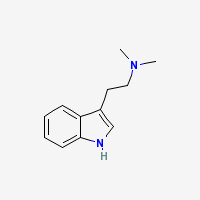 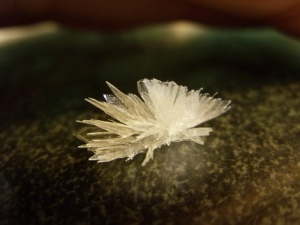 Brief overview - What is DMT?

NN-Dimethyltryptamine or DMT for short is an short acting psychedelic entheogen which allows a persons consciousness to voyage into the most incredible dimensions, visions, thoughts and experiences imaginable.

It is one of the most powerful yet mysterious psychedelics in existence, but in the opinion of many users, to classify DMT as merely a drug would be doing it a great injustice as DMT seems to some as a trans dimensional key into places and vistas so profound and awe inspiring that it raises many new questions regarding the nature of reality and our place within it. Nevertheless, it is important to realize that the experience may be very difficult for some to integrate, and a great care and respect is necessary to use it. Please check Health and Safety section for more info.

DMT exists naturally in every human being and also throughout the plant and animal kingdoms. It occurs naturally in many mammals, marine animals, trees, grasses, flowers and shoots.

DMT is closely related to serotonin, the naturally occurring neurotransmitter that psychedelics affect so widely. The pharmacology of DMT is similar to that of other well-known psychedelics. It affects receptor sites for serotonin in much the same way that LSD, psilocybin, and mescaline do. These serotonin receptors are widespread throughout the body and can be found in blood vessels, muscle, glands, and skin.

There are a number of ways to acquire this entheogen. The first and most difficult way is to have some substantial chemistry knowledge and experience and actually synthesize pure DMT in a laboratory. This a rather tricky and time consuming process and requires access to some rather obscure and hard to acquire chemicals.

The most common and easiest method to acquire DMT is to extract it from the various plant species that contain the compound. The various plants and extraction techniques can be found further down this page.

Depending on the dosage and form of ingestion, the effects of DMT can range from a multitude of sensations, from light, subtle perceptual changes, to bizarre, beautiful and even 'impossible' visions , and to literally jaw hanging awe as one is propelled into other dimensions of existence where human language and logic cannot even begin to describe or comprehend.

The Hyperspace lexicon project is an attempt to create a new vocabulary to try to describe the DMT realm.

Another way to get a small glimpse of the effects it can generate from a subjective point of view, read the areas of the forum dedicated to experience reports (1, 2)

Below are some of the effects of interaction between DMT and other substances:

DMT is inactive when taken orally, unless if ingested together with MAOI.

For specific information about DMT/Ayahuasca pharmacology, read these papers:

For info on DMT safety, please reffer to Health and Safety section

The following is a list of plants known to contain DMT. Plants no containing other tryptamines can be found in the page of each tryptamine, such as 5-MeO-DMT, Bufotenine, or other Alkaloids.

In some of the plants in the following list, the DMT content may be very small or it may be present together with other potentially unwanted alkaloids. Please research well before extracting from some plant, and be sure you have your desired alkaloids only when bioassaying from a new plant. For more information,

Acacia longifolia 0.2% tryptamine in bark, leaves, some in flowers, phenylethylamine in flowers (Hegnauer 1994) DMT in plant (Lyceaum), but trout claims reports are in error due to methodology.{this statement needs clarification] Daniel Siebert found trace amounts of DMT in aerial parts in CA but did not publish information (ref. Trout's Notes) Voogelbreinder 2009 and Nen [dmt-nexus] found several confirmed findings of DMT at 0.2-0.3% in bark. White (1951) found 0.2% tryptamine in bark, but his other previous findings of tryptamine turned out to be DMT (e.g. acuminata, floribunda) * Var sophorae: 0.6%DMT,5meoDMT,Tryptamine,Bufotenine,Gramine ,Cinnamoylhistamine, n-dec-3enoylhistamine[entheogen review 1995], some strains very little alkaloids

Acacia melanoxylon DMT in the bark and leaf, less than 0.02% total alkaloids (Hegnauer 1994)

Acacia obtusifolia 0.4 to 0.5 % DMT/NMT in the dried bark (Csiro 1990) 0.15-0.6% DMT,NMT(1:2)plus trace betacarboline in bark, 0.06-0.2% leaves (Southern Cross University comissioned test 2001) 5-MeoDMT & bufotenine in some loctations (E., Entheogen Review 1995-6; Trout's Notes 2005-10) Is not fast growing in the wild and is under threat of serious overharvesting. Is NOT considered a weed as previously stated here, and will become rarer if wild seed populations exploited further.(Nen, original bioassay subject)

Acacia podalyriaefolia Tryptamine, NMT in the leaf (Trout's Notes) 0.5% to 1.8% DMT in fresh bark, phenethylamine trace amounts (Hegnauer 1994). This claim has not been replicated, all low yielding reports around the net.

Acacia rigidula DMT, NMT, tryptamine, amphetamines, mescaline, nicotine and others, but this report is in serious question due to reference standards problems (Clement et al 1998)

(all Delosperma are TLC assays by Appleseed, ref Trout's notes)

Diplopterys cabrerana (sometimes mislabelled as Banisteriopsis rusbyana, even though they are NOT the same)

grams of leaves. (3 leaves) - He reported Beta carbolines in the stems, the major of which he believed to be harmine and smaller amounts of harmaline or 6-Methoxy-N,N-dimethyltryptamine. His extraction route would have been inefficient for harmine.] His material collected in Peru by Claudine Friedberg. (Poisson 1965 ref Trout's Notes)

DMT appears erroneously in the literature. The reference that was cited, Schroeder 1986, reported N,N-Dimethyl-tyramine

Eriogonum spp. include Buckwheat and Umbrella plants. There are about 150 spp. occurring as wild flowers and cultivars in the west and southwestern US and Mexico. Some are annuals and some are perennials. The only assay I have seen was positive for DMT but in traces. TLC by Appleseed (ref Trout's Notes)

Roots harvested in December showed a positive for DMT and lighter for two other bands. (Appleseed 94-95, ref Trout's Notes) Some of these results used Ehrlichs spray and there may be confusion with 5-MeO-DMT in seeds and seeds/seed-pods.

Mixture of inner stem and root

Hyndman 1984 cited personal communication from a D. Culvenor reporting DMT as a minor component among other alkaloids.

Psychotria alba Thought to contain DMT based on the fact that it is used interchangeably with P viridis by the UdV in Brazil. Published analysis is apparently lacking. Claimed to contain 60% as much as P. viridis. Independent analysis failed to detect DMT in at least one commercial strain. (Eel: pers. comm 2001, ref Trout's Notes)

determined to be P. viridis. Was said to have DMT in leaf along with two non-indo1ic alkaloids. Der Marderosian et al 1969 (ref Trout's Notes)

An odd side note: in TLC run (several times) on Zanthoxylum americanum bark, Appleseed saw a band that co-chromatographed with DMT but. turned a weird orange with Ehrlich's reagent.

Saavedra & Axelrod 1972 showed that MMT and DMT can be formed in rat brain and that an enzyme is present that is capable of performing this reaction. They also found that something else is present which inhibits this reaction.

Beaton & Morris 1984 Christian et at. 1976 & 1977 Raisanen & Karkkainen 1979 (in urine) Rosengarten & Friedhoff 1976 Saavedra & Axelrod 1972 Tanimukai et al 1970 Wyatt et al 1973 (found at variable levels in plasma of both psychotics & normals.) For references on occurrence in normal populations versus psychotics, see articles just mentioned , also those by Barker or Christian above, and Davis 1989 - Davis noted that those studies failing to find DMT were the ones that relied on less sensitive assay methods. Oon et al 1977 See discussion & references in Gillin et al 1976.

For an overview on how extractions work, read the FAQ, and the Extraction Overview

Extracted DMT freebase can be vaporized for very potent effects that last around 10 minutes. DMT is ideally vaporized, as opposed to smoked. Vaporization is achieved by a controlled temperature that does not burn/combust DMT material (and potential impurities), but instead just makes DMT evaporate and be inhaled.

Vaporization is much smoother than smoking. Smoking leads to break down of DMT (and impurity) molecules into potential toxic nitrogen oxides (Trout's notes), so not only it is harsher but also there is a significant loss of actives.

Vaporizing can be achieved with improvised vaporizers such as The Inspirator mkII, or commercially sold vaporizing pipes such as the VaporGenie and oil/dab rigs [2].

Some methods, such as The Machine, if it's very carefully done, keeping the lighter farther away, one can also vaporize DMT, but due to lack of adequate buffer between the fire and the alkaloids, often will also generate combustion.

The GVG (Glass Vapor Genie) is usually touted as the most efficient/effective method of vaporizing DMT, however, recent exploration into dabbing DMT has proved to be at least as efficient and effective for many users. One advantage of dabbing DMT is that all of the vapor can be cleared in a single hit and is much smoother/less harsh than with the GVG. This is likely due to water cooling and increased distance of vapor travel. When dabbing DMT, however, one must ensure that the nail is sufficiently hot so that the Leidenfrost Effect can occur, resulting in the DMT being vaporized above the surface of the nail.[3]

Smoking is nonetheless still a popular way of ingesting DMT, and is often done by infusing herbs with the DMT, or smoking in a bong, with the DMT sandwhiched between thick layer of ashes or thin layer of herbs that serve to protect the DMT from fire (though there is still combustion, specially when using herbs).

Dosages are around 20-30mg for efficient vaporization methods, and with smoking methods can be around 50-60mg or even more....

DMT is only active orally when taking together with a MAOI. (FAQ for more info)

Dosages for DMT, considering MAOs are fully inhibited, vary wildly depending on person, probably due to metabolism in great part. They can go from 30 to 250mg! If its your first time, start on the lower end!

Another factor is whether one is ingesting a whole plant brew or purified extracts. Often in ayahuasca analysis the amount of DMT found is very small (20-30mg), but also often there is redosing in ayahuasca sessions, but also its possible other trace amount of beta-carbolines and alkaloids can improve MAO inhibition, or that other inactive plant substances can help protecting DMT from fast breakdown by any potential active MAO.

There are a few different ways to ingest it orally:

This is a method that gets very opposite responses from different people. For many, it hurts too much and isn't effective. For others it works well and pain/discomfort is tolerable, and the effects are worth it. It is unknown what possible health consequences snorting a basic alkaloid such as DMT can have on nasal passages, specially long term use, so we advice caution. There are some attempts to find less harsh ways, check threads below for more info:

To learn how analytical processes work, follow this link

This category has only the following subcategory.

The following 40 pages are in this category, out of 40 total.