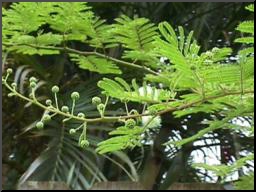 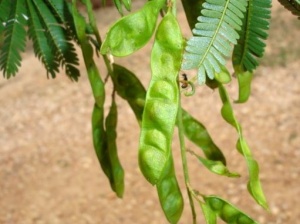 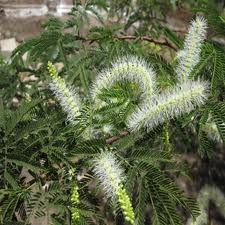 Mimosa hostilis is the former scientific name for Mimosa tenuiflora, and the two names are synonymous [1][2]. The older name is still widely know due to its presence in the literature and as distributers of botanical products still use the older term. M. tenuiflora is an entheogen known as Jurema, Jurema Preta, Black Jurema, and Vinho de Jurema. Dried Mexican Mimosa Hostilis root bark has been recently shown to have a DMT content of about 1%. The stem bark has about 0.03% DMT.

To date no β-carbolines such as harmala alkaloids have been detected in Mimosa tenuiflora decoctions, however the isolation of a new compound called "Yuremamine" from Mimosa tenuiflora as reported in 2005 represents a new class of phyto-indoles [3]. This may explain the reported oral activity of DMT in Jurema without the addition of an MAOI. Imported MHRB typically requires the addition of an MAOI in the preparation of ayahuasca.

For extracting DMT , any of the extraction teks described here will work.

Yuremamine is sensitive to heat and pH changes so only cold water (or alcoholic) soak will retrieve it.

Growing: Mimosas aren´t cold proof. For outdoor growing they deserve a sunny place with leachy middle nutrient soil. Throughout the vegetation are copiously watered, in winter the watering is tied down on to the minimum. They are breeding with the seeds, but can be breeded with the cutting also.

Refinery for the Purpose of Extraction

Mimosa Hostilis Root Bark can be acquired in different stages of preparation. Usually it is sold as whole, shredded or pre-powdered root-bark, but one may have access to the whole root—usually when harvested directly.

Below details how to break it from whole root